WHAT WENT WRONG WITH OUR WORLD? 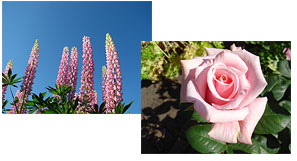 Everywhere around us there are problems and perplexities, situations with seemingly no solution, as well as sickness, disease, famine, death, and all manner of horrors. Alongside this, there are scientific advances that have disturbing moral and ethical elements such as genetic experimentation or cloning. Man appears to be taking on the role of God, and the role of the Creator, with little thought of the consequences to the rest of creation. When and where did this downturn begin? God had declared that the world that He had made was ‘very good’. What went wrong?

The Bible shows that all the problems began when sin arrived. But what is sin?

Sin is the transgression of the law. 1 John 3:4

Everything in our world is bounded by laws. We can see the evidence of broken laws by the number of court cases that come up each week. Courts are there to deal with broken laws or, to use the Bible words, transgressed laws.
Our lives have boundaries defined by laws too. We get tired if we overwork, we get ill if we abuse our bodies.

When was the first time a law was broken?
God had said there was a certain tree in the Garden of Eden that Adam and Eve were not to touch. In a paradise situation, the boundary was a simple one. But without that boundary they would have been robots, not people with reason and intelligence. We were created to be able to make choices, and the laws are for our mental security. We see this in children. Those that know their boundaries are the happiest and most open and secure.

It was God that gave the first rule too, so this defined the relationship between God and the people He created. We are always accountable to Him. We are always dependent on Him. The pattern of our life and health has been determined by Him to bring us security and blessing. If we stay within these boundaries, the blessings will be ours abundantly but, if we choose to step outside, we are in the realm of sin which is what brings the perplexities, and the moral dilemmas as we