THE SABBATH OF JESUS CHRIST THROUGH THE CENTURIES 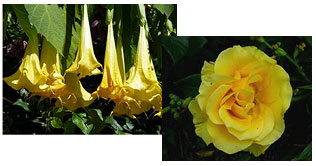 JESUS.
“And He came to Nazareth, where He had been brought up: and, as His custom was, He went into the synagogue on the Sabbath day, and stood up for to read.”
Luke 4:16

JESUS.
“But pray ye that your flight be not in the winter, neither on the Sabbath day.”
Matthew 24:20.
Jesus asked his disciples to pray that in the flight from the doomed city of Jeru­salem they would not have to flee on the Sabbath day. Jerusalem was destroyed in 70 AD (nearly 40 years after the Cross).

PAUL.
“And Paul, as his manner was, went in unto them, and three Sabbaths reasoned with them out of the Scriptures.”
Acts 17:2.

PAUL AND GENTILES.
“And when the Jews were gone out of the synagogue, the Gentiles besought that these words might be preached to them the next Sabbath. And the next Sabbath came almost the whole city together to hear the Word of God.”
Acts 13:42, 44.
Here we find Gentiles in a Gentile city gathering on the Sabbath. It was not a synagogue meeting in verse 44, for it says almost the whole city came together. Verse 42 says they asked to hear the message the “next Sabbath.” And note this point: The Bible does not say it is the “old Jewish Sabbath that was passed away,” but the Spirit of God, writing the Book of Acts some 30 years after the Crucifixion, calls it “the next Sabbath.” See also Acts 16:13, for the apostles observing the Sabbath in a place where there was no synagogue and no Jews.

1 2 3 … 21 next »
We use cookies to ensure that we give you the best experience on our website. If you continue to use this site we will assume that you are happy with it.Ok