FACTS ABOUT THE WEEK 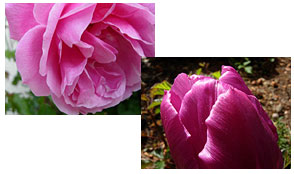 It will soon be the weekend!’ ‘I shall be glad when this week has finished!’ ‘Are you doing anything special at the weekend?’ ‘Thank God it’s Friday!’ – the name of a chain of leisure establishments.

Maybe the last one says it all, in a way their neon signs did not realise. By the time it reaches Friday most of us have done as much as we can and feel jaded. The weekend begins on Friday night and we look forward to it, but have you ever stopped to think why this should be?

DID YOU KNOW? At the time of the French Revolution an experiment was tried to make a 10 day week? They had felt that it would be more productive and more would be achieved. The end result was total failure. People were breaking down with exhaustion and not just people but the horses too. They had to return to the familiar 7 day week.
A similar experiment was tried during World War 2 when more aircraft were urgently needed. With the increased pressure they tried a seven day working week for greater productivity but it was quickly found that there were more mistakes and fewer good planes than when they were working for six days.
A 14 day week is an idea that is being mooted by some today, but if it were tried again it would not work.

WHY? More recent research has found that the reason for this and also for much of today’s ‘burnout’, is that we have inbuilt body rhythms called Circadian rhythms that work on certain cycles. When we try to over ride those cycles our bodies and minds do not function as they should. We are designed to work for six days and rest on the seventh day. Even animals have this same rhythm of life, six days to function and the seventh day to rest. 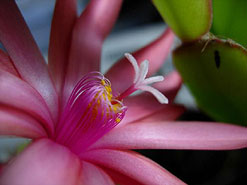 The healing processes of our bodies work on seven day cycles too. Current American research has found that the human body is programmed to a seven day cycle and this is why there are more accidents on a Friday night. The body is tired and is ready for its programmed ‘rest’ or ‘Sabbath’. There are other bodycycles within the seven day period too. The body has a lull in its functioning on Wednesday, the middle day of the week. So it is clear that any attempts to change the pattern of days as we know them is destined to failure.

1 2 3 … 7 next »
We use cookies to ensure that we give you the best experience on our website. If you continue to use this site we will assume that you are happy with it.Ok