THE “ROCK OF OFFENCE” IN THE TEN COMMANDMENTS 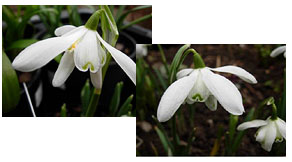 Most people who think of themselves as Christians would agree with the Ten Commandments.

They agree that it is wrong to swear using the name of God, or to bow down to idols and other gods. They agree that there is no other God beside the Lord God.

They do not appreciate disobedient children, or those who steal or murder. They try not to covet or to tell a lie. They do not commit adultery.

There is no problem with the nine things listed above. Reading through these commandments is plain-sailing with nods of agreement. Some may be harder to keep than others but it is still admitted by all who call themselves Christians that these remain in force and are applicable to them and their families, and would, in fact, provide a better society if everyone lived like this.

But then they read the 4th commandment. At this point things are instantly different. It is a commandment to stub one’s toe on. A ‘rock of offence,’ just as Christ was to the Jews when He came. This commandment reveals the ownership of the Ten Commandments, and this is why it causes offence.

Just look at the ways that Christians try to get around this ‘rock of offence,’ rather than find it a sure foundation to them. This is the commandment that they have a strong desire to modify.

The Roman church have made it the third commandment instead of the fourth, and the wording is greatly reduced too in their teaching books or catechisms.