DO YOU LIKE TO PLAN AND MANAGE YOUR OWN LIFE, AND TO BE IN CONTROL? 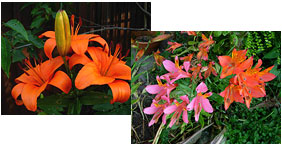 Then you will never be able to keep the Sabbath as God intends it should be kept.
The Lord is our Shepherd. Sheep are totally dependent on the shepherd. The Sabbath is not for independent, stand alone, self-made people. The Bible in fact calls them goats.

The Sabbath is a public sign of those who will yield all of themselves to God’s plans and wishes for them. To keep the Sabbath fully is a sign for all to see that you have joined the flock of those who are utterly dependent on God. Keeping the Sabbath does not mean worship for an hour a week on a Saturday instead of Sunday and then to carry on with your own life. It is 24 hours to be with God and delight in Him.

Jesus, after a life-threatening struggle against His own inclinations, prayed ‘not My will but Thine be done’. Job prayed, ‘Though He slay me, yet will I trust Him.’ The three Hebrews on the Plain of Dura remained standing when the vast throng bowed to the ground in worship of the golden image built by Nebuchadnezzar. They were very visible! King Nebuchadnezzar recognised that they had yielded themselves to serve no god but the true God, even in the face of death. They said to the king, ‘We are not careful (anxious) to answer thee in this matter. If it be so, our God whom we serve is able to deliver us from the burning fiery furnace, and He will deliver us out of thy hand O king. But – if not – be it known unto thee, O king, we will not serve thy gods nor worship the golden image, which thou hast set up.’ Daniel 4:16-18. [Emphasis mine]

This is what it means to be dependent by faith on God. People like them today would make true Sabbath-keepers. They would be prepared to make a public demonstration of their trust in God and whatever happens, they would obey Him implicitly. They would not bring dishonour to Him, by disobeying His commandments. The young men, who were rulers of provinces, could have bowed down but prayed to their own God. Would that have been a witness? It would have avoided the fiery furnace, though. But God honoured their bravery. They were dependent on God and independent from Nebuchadnezzar at the same time. Their life-style was in heaven, although they lived and worked for the king on this earth.