WHAT WAS NAILED TO THE CROSS?

In any discussion about the Sabbath, the writings of the Apostle Paul must be taken into account. Previous booklets have shown how this servant of the Lord lived and it has been shown that he faithfully kept many Sabbaths. It is the writings of this same man, however, that are used to disprove the Sabbath. Was he a hypocrite? Did he contradict himself? Was he a coward who could not publicly live the things that he wrote? Or did he perhaps in his epistles give us new concepts for a new gospel dispensation? This booklet will examine his writings, and you must weigh the evidence for yourself.

Prove all things. Hold fast that which is good.

Paul himself gave this counsel, because even in his days ideas were coming into the new church, which required sifting.

How many laws were in the Old Testament?
Whether you answer one, or two, will determine how you view what Paul wrote. Here are some Bible texts, from the letters of Paul. From these with a cursory reading, it could seem that the law and the Ten Commandments have been done away with at the cross or superseded by something diffferent.

Having abolished in His flesh the enmity, the law of commandments contained in ordinances. Ephesians 2:15.
For the priesthood being changed, there is made a necessity a change also of the law. Hebrews 7:12.
Blotting out the handwriting of ordinances which was against us, which was contrary to us, and took it out of the way, nailing it to His cross. Colossians 2:14

But then we find such texts as,

Do we then make void the law through faith? God forbid, yea we establish the law. Romans 3:31

Wherefore the law is holy, and the commandment holy and just and good. Romans 7:12. 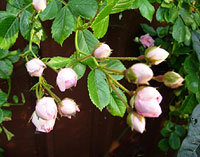 These are examples of texts that need to be reconciled, because without appropriate reconciliation many difficulties arise.

There are two laws in the Old Testament.

1 2 3 … 16 next »
We use cookies to ensure that we give you the best experience on our website. If you continue to use this site we will assume that you are happy with it.Ok