FROM SABBATH TO SUNDAY 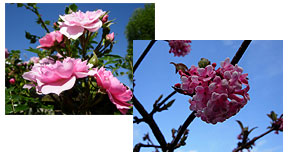 Today almost the whole Christian community recognises Sunday as a special day, and yet there is nothing in the Bible to record that change or instruct us in keeping the new day. It is obvious from every church notice board that Sunday is the day when the most important services of the week take place. Even to someone who was not of the Christian faith it would be clear that Sunday is regarded as a different day by Christianity. The same day is observed universally whether the worship is in homes, fellowships, chapels, churches or cathedrals. A change has certainly taken place. Early Christians worshipped on the seventh-day Sabbath, but today’s Christians worship on Sunday.

How, when and why did the change occur? Answers to these questions are to be found not in the Bible, but in the records of history over several centuries. The change is fully traceable, but it is not the result of one powerful man or one group making a decision on one day. Change rarely occurs that way and the change of the Sabbath is no exception. The fact is clear; the change was not divine, but a man-made response to a variety of social, political and religious factors over an extended period of time. In that same period, certain strong champions for Sunday worship emerged and powerfully furthered this process of change. The ultimate scenario in support of Sunday is for the civil laws of the land to enforce Sunday observance on behalf of the church. These are sometimes referred to as Sunday Laws. History has already demonstrated that this happens when church and state unite. 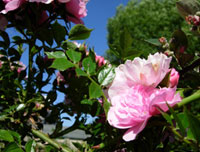 This page then, will look at the influences which led to the changes in the day of worship and briefly chart the history of the Sabbath.