THE HISTORY OF UNDERGROUND SABBATH KEEPERS

Have you ever thought about your family tree, and the people in your family who lived before you and how you were related to them? It is an interesting project to undertake and sometimes brings some family surprises.

There are family trees in the Christian religion too. The family begins with the Apostles and the very beginnings of the Christian era. In Revelation this period is shown as a white horse symbolising purity. It was an active church and in the time of Paul had already gone to the then-known world with its missionary activities, teaching the Gospel of Christ and keeping the seventh-day Sabbath, as has already been shown.
In the time of Constantine, another line, which had been growing and developing for about a hundred years, branched off to form another line of Christianity. This line observed Sunday as a sacred day and its beginning was marked with the first laws to make Sunday special – with civil laws being used to enforce Sunday as a religious day. This now is the better-known Christian line and is unwittingly considered by many to be the authentic path of Christianity because of its line of succession. This branch, the Papacy, continued intact until the Reformation, when it developed further branches. The Reformers, Luther, Karlstadt, Zwingli and others looked at the papal line and saw the corruption and false practices that had developed within it. They were mainly concerned to reform the Papal church from within but, for a variety of reasons, Protestantism grew from the Reform movement. The interesting fact, however, is that Sunday still remained unchallenged as the sacred day, even though the reformers claimed to follow the Bible and the Bible only. The Catholic Church has never been able to understand this. 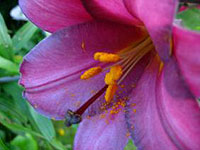 A pamphlet containing a series of articles written by the Roman church last century very strongly challenges the integrity of Protestantism when they claim to follow the Bible only, and not the edicts and tradition of the Papacy. Today it does not matter which church or fellowship one examines but it will be found that they almost all maintain Sunday as a sacred day.
If we go back to look at apostolic times again, it is clear from the facts in previous pages that the primitive Christian

1 2 3 … 19 next »
We use cookies to ensure that we give you the best experience on our website. If you continue to use this site we will assume that you are happy with it.Ok