THE LORD’S DAY – SABBATH OR SUNDAY?

In his Apostolic Letter – ‘Dies Domini’ from the Pope John Paul ll – it is stated that ‘The Lord’s Day, as Sunday was called from Apostolic times, has always been accorded special attention in the history of the church.’ How much truth is there in this statement? Has Sunday been called the Lord’s day since the times of the Apostles? This booklet will look at all the Bible Sabbath references in the apostolic period, which covers almost to the year 100 AD. If the day of the Sabbath and its honour was moved to Sunday in the times of the apostles, thereby transferring honour to the Resurrection rather than Creation, observable changes should be recorded in the Bible. John, the writer of the Revelation, for example, was the longest-living apostle and saw those years. This would have been the crucial period for this to be seen and explained. The statement that the Sabbath was changed in the time of the apostles is repeatedly stated by Christians today in books and studies, but based on what evidence? This booklet will explore those years in the Bible record.

Peter preached openly and boldly on the day of Pentecost. He preached to the assembled multitudes about Jesus, about His death and His resurrection. This is recorded in Acts 2. When they heard this, they were pricked in their heart, and cried out, ‘What shall we do?’ What an excellent opportunity to explain about a new day of 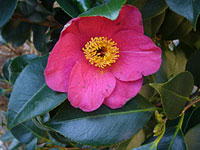 worship to celebrate the resurrection of the Jesus they had crucified! Instead he told them they should be baptised.
Later, the Sadducees, being very disturbed that Peter and John were preaching that Jesus had been resurrected, had them arrested and put in prison overnight. In the morning, they asked them by what authority they preached this message. Again the two disciples spoke of the resurrection and made it clear that